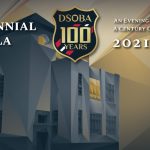 The Association
A limited company incorporated in Hong Kong on August 31, 1979.

Key Objectives
To foster and maintain contact between Old Boys of the Diocesan Boys’ School.

To promote and encourage social interaction amongst the members of the Association and the Old Boys of the Diocesan Boys’ School.

To further the interest of past & present of the members of the DBS.

Structure
The day to day affairs of the Association are managed by a General Committee consisting of a President, 3 Vice Presidents (one of whom is always the current Headmaster of Diocesan Boys’ School), Honorary Secretary, Honorary Treasurer, Immediate Past President and 13 other members. All General Committee members, with the exception of the Vice President (Headmaster) and Immediate Past President, must be elected by DSOBA members at each Annual General Meeting upon retirement. The General Committee members will, in turn, elect among themselves Officers and Sub-committee Chairmen for the year in question.

The first DSOBA website was constructed because of the overwhelming interest on the DBS Oversea Homepage (discontinued) by our fellow old boys. To better serve our members and to reach out further to our old boys, the Association saw a need to establish an official Web presence.

With the generous donation of domain registration fee from Alfonso Fung (76), a Pentium PC from our SysOp Kenneth Lo (96) and free webspace from Hong Kong Terminal, the website went online on October 1, 1997. In 2002, our server was relocated to Henderson Data Center on a P4 computer. In March 2008, the General Committee decided to relaunch the website and it became the official DSBOA website today.

The information within this site is researched and edited by our Newsletter & Internet Sub-committee.

For continuous improvement on this website, we encourage you to give us feedback and comments. Visitors can send email directly to our Webmaster Daniel Ma (76).